Importance of Proper Tongue Placement and Your Health

Did you know the posture of your tongue offers a wide range of benefits? In fact, it’s not only necessary for your oral functions but also your general health. If your tongue’s placement is improper, it can lead to a variety of complications, like breathing problems. Your family dentist in Southlake can provide myofunctional therapy to move your tongue into a better position to enhance your wellbeing.
END_OF_DOCUMENT_TOKEN_TO_BE_REPLACED

Comments Off on Importance of Proper Tongue Placement and Your Health

How Your Dentist Uses Technology to Diagnose Sleep Apnea 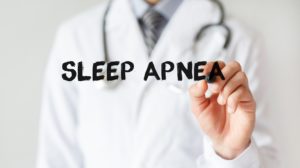 Patients struggling to get a good night’s rest may not be losing sleep because of a bad mattress. Instead, they might suffer from an undiagnosed sleep disorder. Obstructive sleep apnea causes a person to stop breathing frequently throughout the night from the airway narrowing. 22 million Americans live with the sleep disorder; however, it’s estimated 80% of people remain undiagnosed. Now, dentists play a crucial role in diagnosing sleep apnea in Southlake using a variety of technologies. State-of-the-art innovations can help you breathe easier to get the rest you need.
END_OF_DOCUMENT_TOKEN_TO_BE_REPLACED

5 Foods Your Teeth Will Love 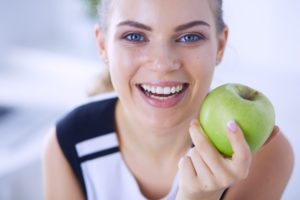 A balanced diet is essential for keeping your body nourished and maintaining a trim waistline, but did you know the foods you eat can also impact your smile? If you don’t consume adequate nutrients, it can compromise the health of your mouth. Your dentist in Southlake recommends 5 snacks loaded with vital vitamins and minerals to maintain a healthy mouth and body.
END_OF_DOCUMENT_TOKEN_TO_BE_REPLACED

Comments Off on 5 Foods Your Teeth Will Love 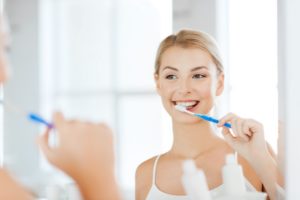 Although you can prevent tooth decay, it remains the biggest threat to your oral health. Modern dentistry relies heavily on fluoride to encourage strong, cavity-resistant enamel. Since the 1940s, it has been added to U.S. water supplies because of its oral health benefits; however, there are now mounting questions about the safety of fluoride.  Among the various concerns is the connection between fluoride and cancer. You can skip the risks and continue to protect your enamel using 5 fluoride-free alternatives recommended by your holistic dentist in Southlake.
END_OF_DOCUMENT_TOKEN_TO_BE_REPLACED

Comments Off on 5 Natural Alternative to Fluoride

4 Genetic Dental Issues to Discuss with Your Dentist

As you prepare for the upcoming festivities during the holiday season, there’s another big day that doesn’t involve turkey or gifts. Instead, you have the perfect opportunity to invest in a healthy smile by scheduling an appointment with your holistic dentist in Southlake. November 28, 2019 is National Family History Day, which encourages you to review your medical history with your healthcare provider. You should also take the time to discuss it with your dentist because genetics can play a role in the health of your smile. Your dentist can use your family history to establish a personalized treatment plan to reach your dental goals.
END_OF_DOCUMENT_TOKEN_TO_BE_REPLACED

Biocompatibility Testing with the Clifford Test

Filed under: Uncategorized — drthomas @ 7:00 am 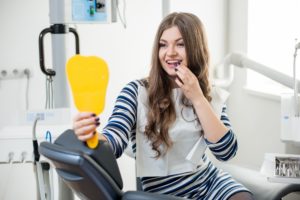 Your dental treatments cater to your specific needs and expectations, such as treating a damaged tooth with a crown. Although this method can be satisfactory, your holistic dentist in Southlake can provide a deeper scope of individualized services through biocompatibility testing for dental materials. This can offer a different approach to your oral health needs based on the results of the testing, such as your body’s ability to tolerate any restoration or the cements used in dentistry. Your treatment plan will consist of materials and techniques that won’t cause any additional harm to your mouth or body to promote optimal wellness.
END_OF_DOCUMENT_TOKEN_TO_BE_REPLACED

Comments Off on Biocompatibility Testing with the Clifford Test

What are the Stages of Oral Cancer? 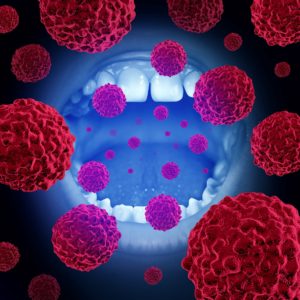 You strive to protect your smile from tooth decay and gum disease, but there may be another threat lingering in your mouth. Roughly 53,000 people in the U.S. will be diagnosed with oral cavity or oropharyngeal cancer in 2019. Sadly, nearly 11,000 of these people will die from it. The low survival rate is largely attributed to late detection. Often, oral cancer isn’t found until it has metastasized or reached advanced stages. It’s believed dentists can detect as much as 80% of new oral cancer in Southlake through routine screenings. When caught in the early stages, the rate of survival significantly increases.
END_OF_DOCUMENT_TOKEN_TO_BE_REPLACED

Comments Off on What are the Stages of Oral Cancer? 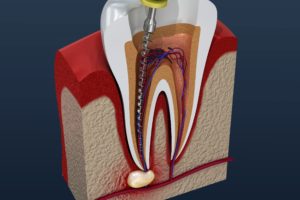 Despite the best oral hygiene habits and routine dental care, a tooth can suffer significant damage over the years, like a large cavity that can turn into an infection. Often, a dentist suggests a root canal to “save” your tooth, but is this really in your best interest? Although the tooth has been treated, now it’s essentially dead, which can cause pathogens to enter your bloodstream and lead to several chronic health concerns. Your holistic dentist in Southlake will encourage you to consider all your options to protect your overall health and well-being.
END_OF_DOCUMENT_TOKEN_TO_BE_REPLACED

Comments Off on Root Canals and Chronic Illness: Holistic Dentist Explains the Connection

Your Body and Untreated Sleep Apnea in Southlake

It is estimated as many as 70 million adults in the U.S. have a sleep disorder. Although they can take several forms, the most prevalent is obstructive sleep apnea. Roughly 22 million Americans live with the condition, but it is thought 80% of those with it have not been diagnosed. Often, it is thought the only complications from sleep apnea are loud chronic snoring and daytime fatigue. As a result, many people may not seek treatment for sleep apnea in Southlake despite having symptoms. Unfortunately, the consequences of leaving it untreated are worse than you might realize. It will negatively impact your body in several areas, some of which can be potentially deadly.
END_OF_DOCUMENT_TOKEN_TO_BE_REPLACED

Comments Off on Your Body and Untreated Sleep Apnea in Southlake

At Home Tips for Treating Sleep Apnea in Southlake 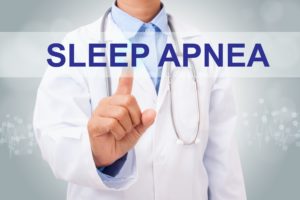 It is estimated 50 to 70 million adults in American have a form of sleep apnea, which is a disorder that causes frequent pauses in breathing throughout the night. Most often, it is a result of an obstruction in the airway caused by the soft tissues in the back of the mouth or throat collapsing. Treatment for sleep apnea in Southlake often consists of a CPAP machine or an oral appliance to keep the air passages open. Both are effective for treating the condition, but there are 4 tips you can use at home to get extra relief.
END_OF_DOCUMENT_TOKEN_TO_BE_REPLACED 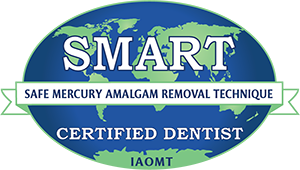